Our uncompromising audio solutions, innovative approach and attention to detail is why we take the liberty of calling ourselves high end. We avoid fairytales and voodoo stories which are frequent in the field. Our products are built on strong, verified and well-founded bases and we favour simplicity coupled with the highest quality components and materials.

We gradually started our business because of our own love for music. Music is art, it is a way of transferring emotions that the author has put into their work. With our ears, we can perceive sound, its tiniest details included. And it is these details, such as the contours of musical instruments, the colour of the tones, the clarity of the vocals, that bring us the emotions and we can decode them in their entirety. It would be hard to put them in words, but they will manifest as goosebumps, contractions of the diaphragm, feelings of joy and happiness, or an occasional tear.

In today’s world where the quality of various “life-bettering” electronic devices moves by a mile every year; smartphones whose screens have the resolution of a digital cinema projector, films with even more dynamic range than ever possible… Yet still, where the intensity of the experience is most proportional to the quality of reproduction, is surely classic stereo. Real listening, not consumption of music confronts the human nature with a very strong impulse. A good quality and balanced listening lets us rest in contemplation, and in the quiet and comfort of our privacy, perceive and intake music in its perfection. What we wanted for ourselves first, we now offer to you as well. If you can, come and try us out. 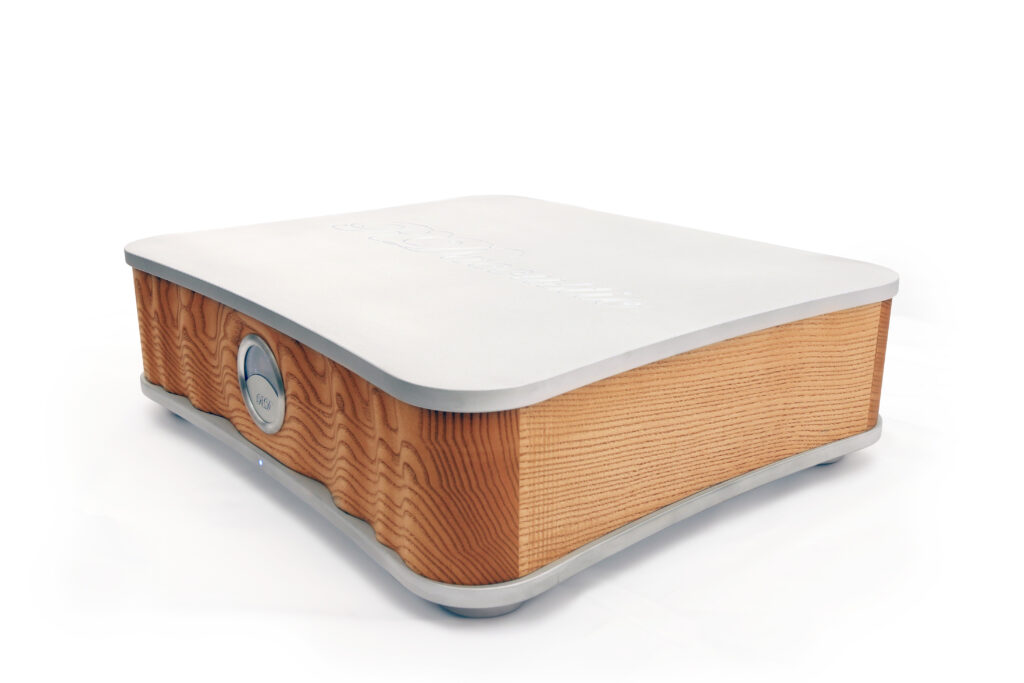 Our Vision And Approach

We strive to provide the human ear with as truthful as possible a rendition of the emotions encoded in a recording. Taken a bit impresonally, but in a technically correct way, the quality and intensity of the feelings we perceive is directly proportional to the quality of the recording, the audio system and acoustics of the listening space. The content composition is the work of an author, the technical quality of the recording is the work of an audio engineer or the recording studio. If the author succeeds in creating a valuable piece of music, the musicians in its rendition and a recording specialist in transferring it to a medium and registering its atmosphere, juiciness, its dynamics and the overall feelings and emotions, then the battle is almost won. Now it is only about how perfect the acoustics and the audio system are in transferring the live feelings and emotions hidden in the details, from the studio session or a live concert, to us. And when we speak of perfection, we mean that we care about the finest details. The reproduction quality is key to how the recording is presented. Even details like the microdynamics of harmonic frequencies matter…

In our reference listening studio, you can find out what does it look like when the human element is put back. There, you can yourself look into the feelings hidden in music. We realise that purely technical causalities are not always in the leading role and the ideal may be different for each of us. If you reach out for help, we always respect that when proposing any solution.


We are certain that beauty and functionality that we try to combine, lie first and foremost in simplicity and precision. Such are also our products. We always aim for minimalist solutions that will use the best quality parts and materials. On our long way to perfect audio reproduction, we met and still meet a veritable parade of misconceptions based more on faith than empiricism. And yet they are often simple but all the more functional principles known in technical fields or even in nature for hundreds of years that offer the most suitable solution. The past can therefore be said to be an inspiration for us. We are rooted in the present, though. As such, our products are not only visually original, but primarily, they are ingenious technical solutions created with the help of the latest technology. In the reproduction of music, we strive for a minimalist, technically perfect return to our roots, to nature, we strive for beauty in perfect simplicity.

Ours is a world of compromise, the things in it also have their advantages and disadvantages. The same goes for audio, and so we only try to extract from the field the best we can. What we do not do, however, is any concessions towards the quality of our implementations, be it highly precise milling of an important part of a speaker chamber, or production tolerance of an electronic part used in one of our components. All our products and the majority of their parts is made in the Czech Republic, most of the process takes place right here in Rožnov pod Radhoštěm.

END_OF_DOCUMENT_TOKEN_TO_BE_REPLACED 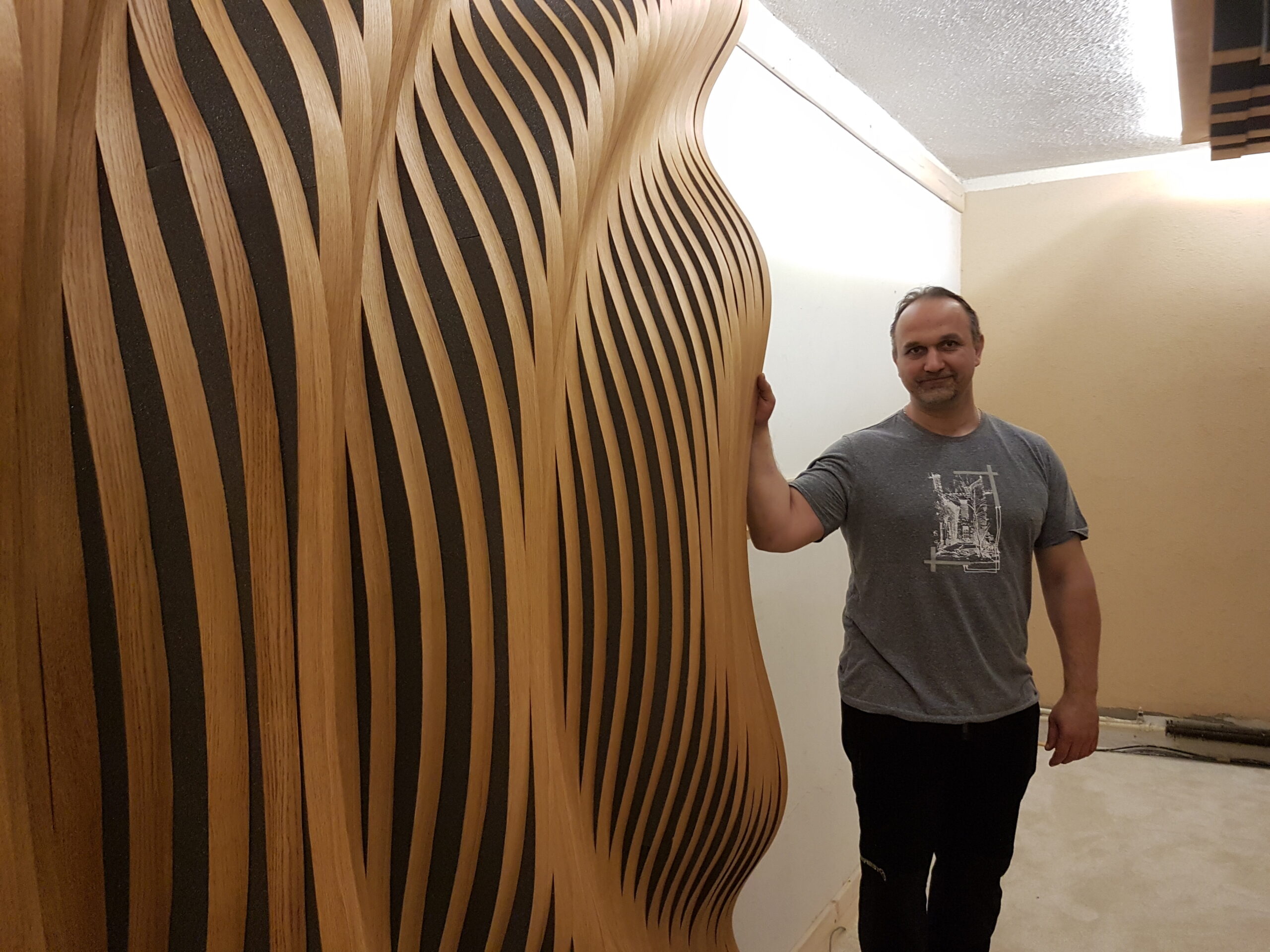 The core of the company is two friends: Radovan Řehořek and David Piska. The interest of the two of us in anything electrotechnical dates back to our elementary school days. Apart from school, we knew each other thanks to an extracurricular course of electronics we both eagerly attended from the age of seven. We found a series of answers to questions about previously faint principles. And we also experienced genuine children’s joy while constructing flashing light snakes, FM radios, amplifiers, and all the rest you can think of, not only from building kits, but even with such niceties as hand-drawn or etched PCBs. We may have grown up since that. The joy from something functional and precise stayed nevertheless. David has stayed in electrotechnics during his career. Across the field, he has been dealing with various constructions with both analogue and digital parts, EMC certification and the like. Radovan has started in private business and establishing his own computer shop. We founded RDacoustic together, following several years of development spent on our first speakers. Since then, we complement each other with our knowledge from fields that surround audio.

Our History So Far

We feel that society, like us, is saturated with consumerism. We hope that the wave of returning interest in authenticity, craft, quality and similar values is not going to fade away. That is why we believe it important to mention from what incentive our company and its portfolio came into being and what direction we are going.

The Story of RD

The Place Where We Are Based

RDacoustic is located in Rožnov pod Radhoštěm, a small city in the east of the Czech Republic, under the Beskydy mountain range. The first mention of Rožnov dates back to 1267—to the charter of its founder, the bishop of Olomouc. The region got its name after the native inhabitants—Vlachs—shepherds and highlanders. Thanks to the specific geographical location and the local microclimate, climatic baths were established here at the end of the 18th century, the remains of which are still present throughout the city.

Unlike the rest of the country, the region stayed aside from strategic industry during the Austro-Hungarian Empire and the first Czechoslovak Republic periods. Today’s industrial heritage of the region is hence attributable mainly to the changes following the year of 1948. The future of Rožnov was since then formed by the governmental decision to place here the newly forming industry after the Second World War.

A new state-owned company Tesla was established, mainly focusing on the vacuum technology, production of tubes, silicon, black-and-white and later colour screens and semiconductor components. The growth of Tesla meant, among other things, educated people coming to the microregion. To support the industry, a prestigious high school focused on electrotechnics was established here. 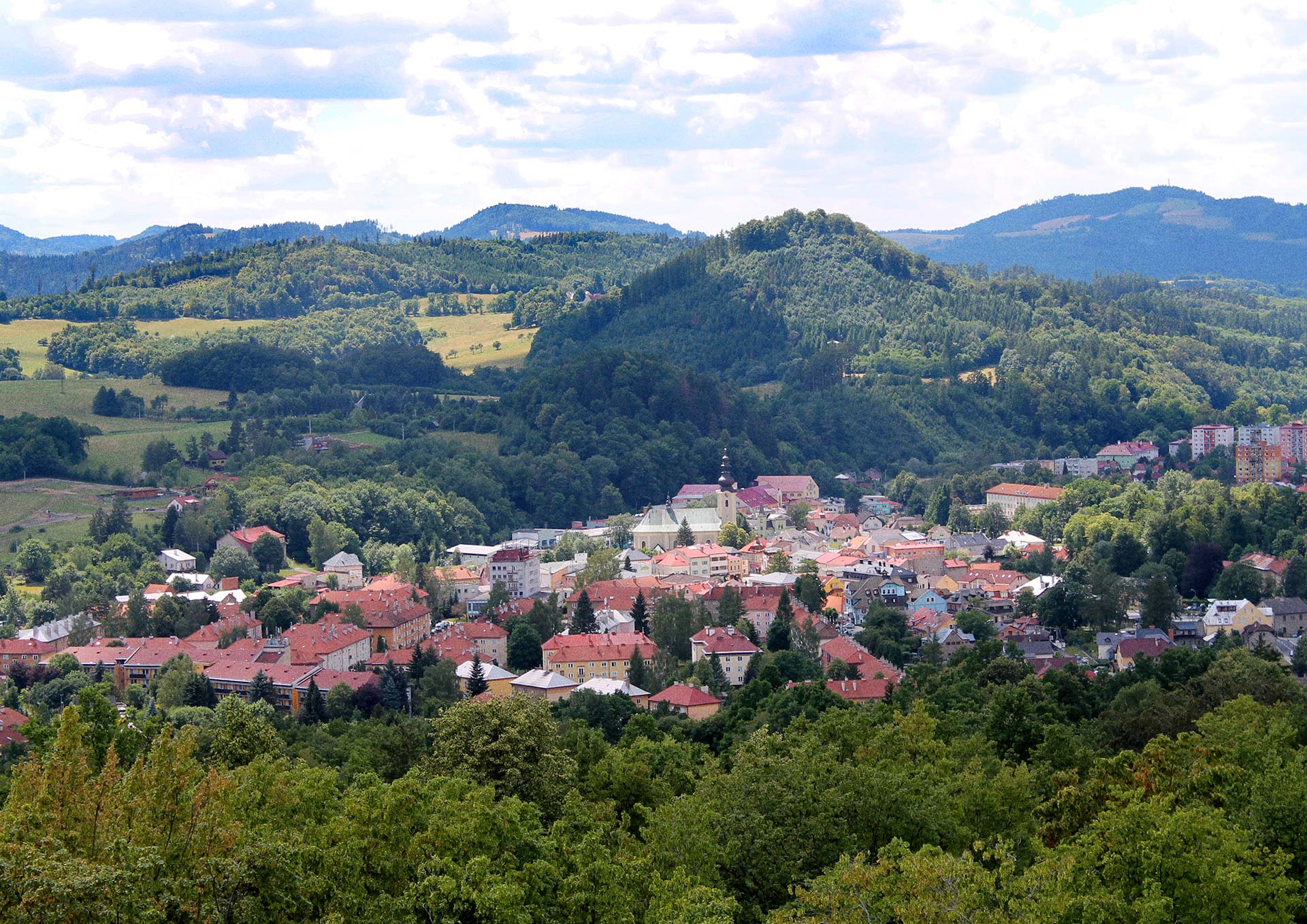 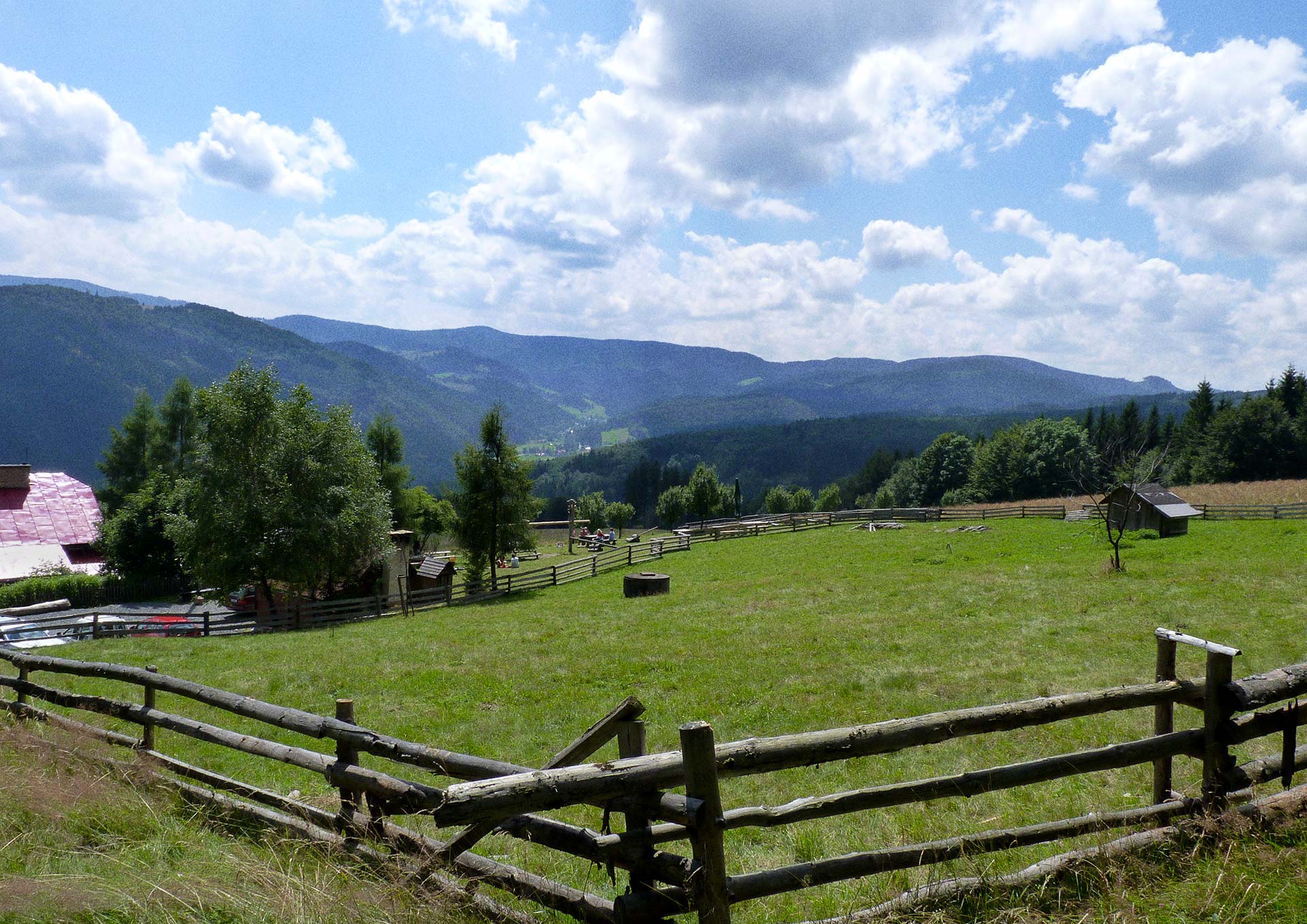 Following the Velvet revolution—the fall of the communist regime and the fall of the Iron Curtain, the Tesla company disintegrated, leaving more than 8 500 of its employees.
Especially thanks to the high education standard in the region, the industry has not disappeared. The former Tesla employees succeeded in newly formed private companies. The JJ Electronic company, for example, with their famous tubes, was formed thanks to Rožnov’s Tesla. Aside from regional companies, significant design centres of the ON Semiconductor and NPX companies also reside here.

Today, Rožnov pod Radhoštěm is a tourist, cultural and industrial city with about 20 000 inhabitants. Aside from the industry, mainly focused on semiconductor production, one can also find beer baths with wellness in the local brewery or the Wallachian Open Air Museum, founded in 1925. This assembly of mainly original relocated buildings allows one to get acquainted with local traditional culture, architecture and crafts and refers to the region’s rich history. The surrounding mountains call for a range of sport activities, be it hiking the marked trails, long or undemanding, mountain and road biking, paragliding, winter sports and so on. 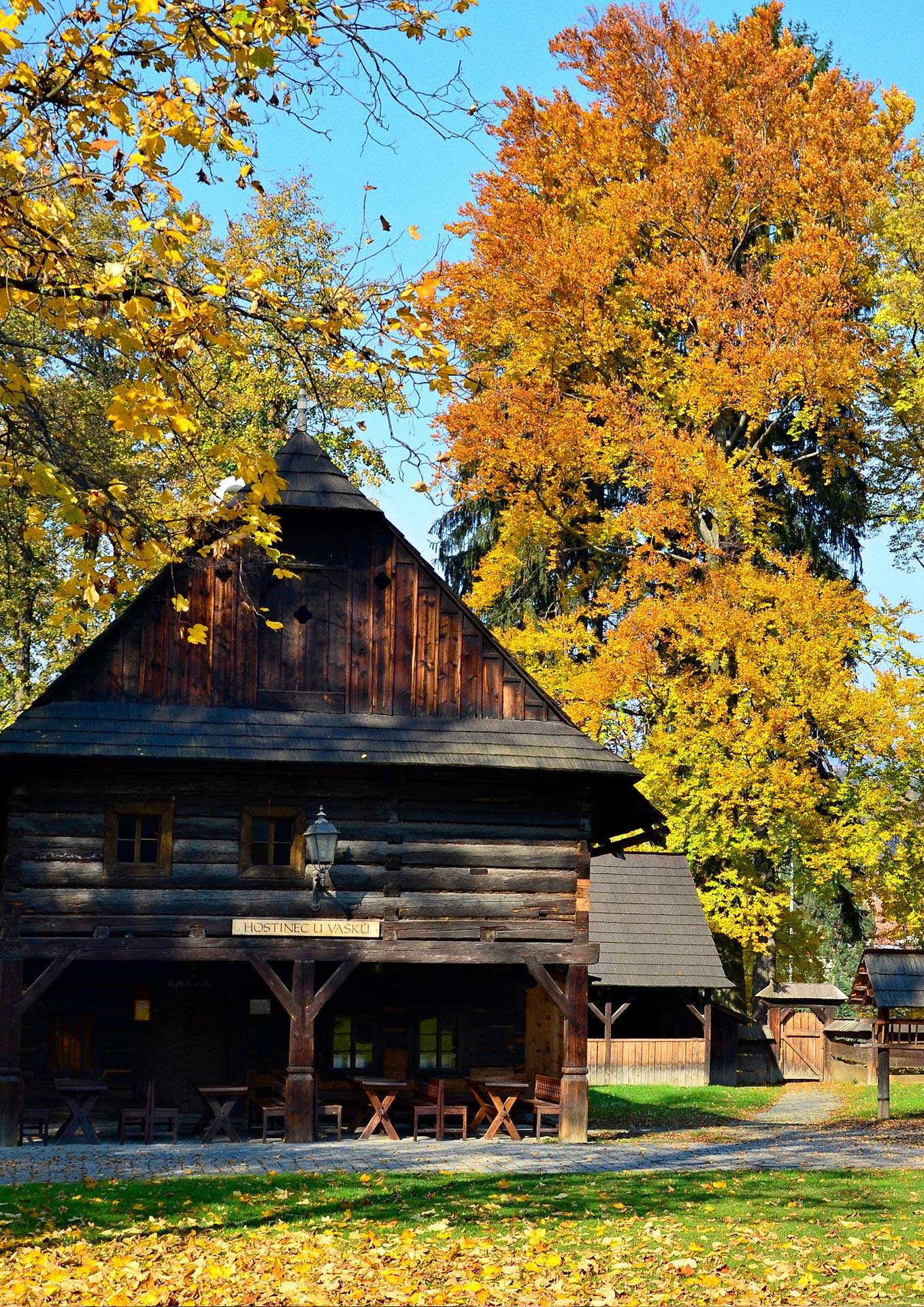 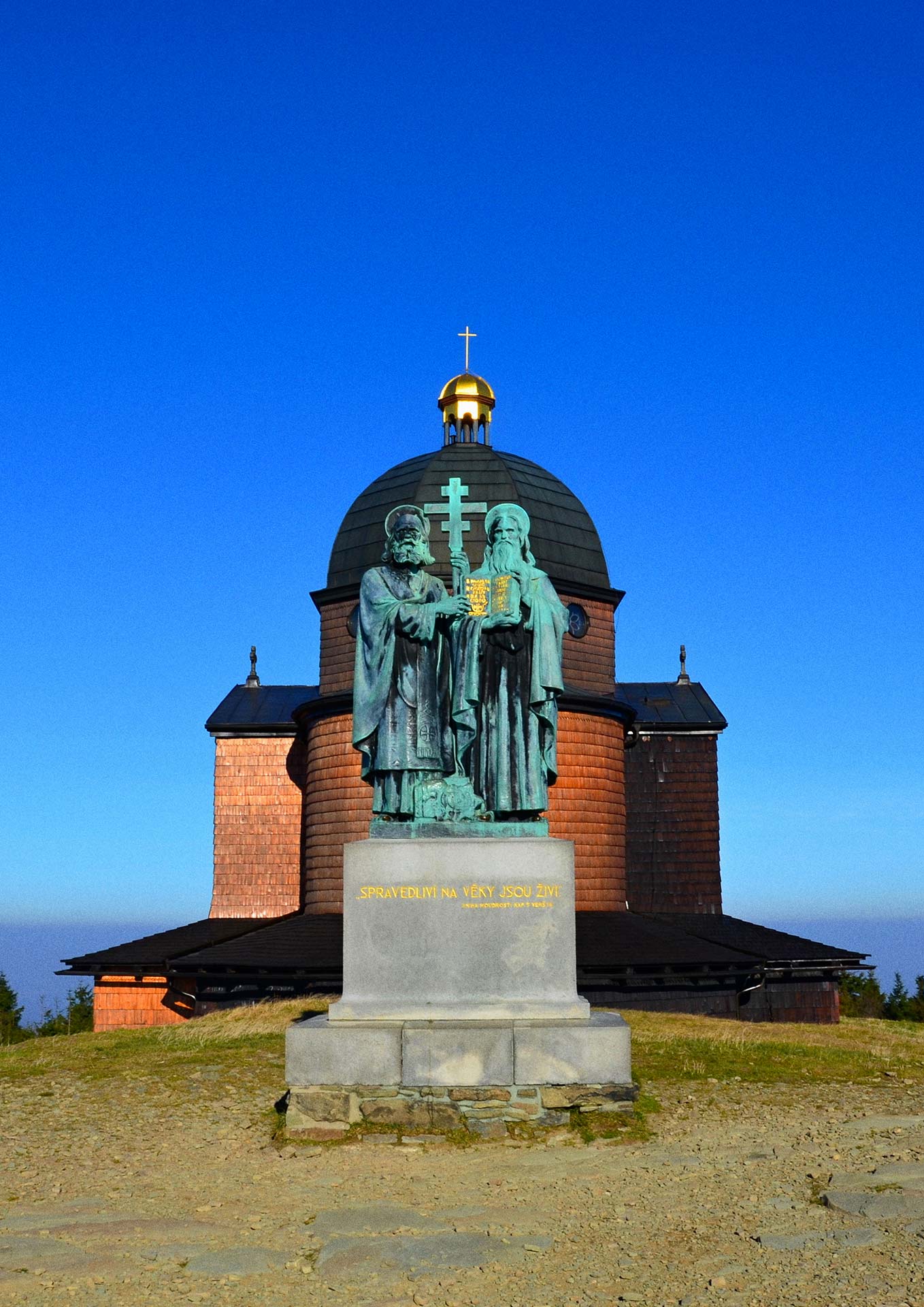