is a unique power filter combined with surge protection. This article from RDacoustic’s workshop effectively protects your audio appliances and other devices against overvoltage (lightning strikes and other causes) and at the same time cleans the power supply from unwanted electromagnetic interference, resulting in an improved sound quality of your audio devices.

Protect your devices the pure way.

END_OF_DOCUMENT_TOKEN_TO_BE_REPLACED

is assembled from components with very low production tolerances, which are mainly manufactured in the Czech Republic. The filter is tested by standardized EU SURGE and BURST tests in the military technical testing laboratory in Vyškov.

The quality of the components used and their tolerances are important for the filtering of high-frequency interference. We use special iron powder choke cores with a very wide working range. As a result, filtration works effectively over a very wide range of frequencies.

What is in our filter?

At the beginning, there are two inductors to increase inner impedance and delay the rapidly growing current. Thanks to these, lightning arresters which follow can react faster. There are three rare gas-filled lightning arresters in a triangle, so the overvoltage is reduced between all conductors separately. What follows are another two inductors to reduce the impact of current, plus three fast and robust varistors, again in triangle. They suppress the leading edge of overvoltage that the lightning arresters didn’t filter out.
Then there’s a current compensated choke coil with a set of capacitors to reduce symmetrical interference—a balanced LC filter for high frequency interference. Ultra fast varistors which reduce any left overvoltage which came through the preceding stages close the filter up. The whole filter is shielded against high frequencies over 1 MHz.

The quality of components

is also important for the high frequency filtering. The core of the current compensated choke is most important (it’s main parameter—inductance—changes with frequency). We use special iron powder cores with a very wide operating range. With most supplies, you get materials which function only on the frequencies they are supposed to suppress, and not on their harmonic frequencies, for example.

Where is the filter made

The filter is assembled and all the components are made in the Czech Republic. The filter was tested according to the SURGE and BURST EU norm tests at a laboratory of the Military Technical Institute in Vyskov, Czech Republic. 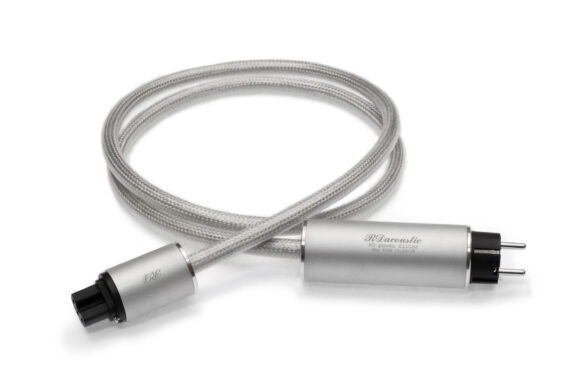 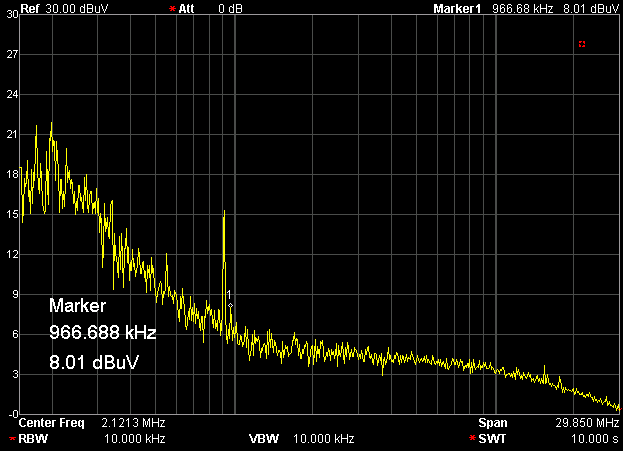 For obvious reasons, rather than dealing with electromagnetic interference filtering and surge protection our filter is focused on, this review provides insight into the resulting sound our filter provides when used with different setups.

These are hifi enthusiast feelings, nothing measurable or in any way quantifiable. The high end system sounds a bit different (although it wasn’t bad before) now. The sound became clearer, perhaps the vocal and individual instruments now stand out more with quality recordings.

What you may know

Does a power filter really improve the quality of sound?

What is the EMC standard?

Every electronic device emits electromagnetic radiation. The EMC standard divides devices into defined groups and prescribes the boundaries for their emissions, susceptibility and immunity. You can read more on our Audio blog.

What is the reason for isolating a single cable instead of a multi-outlet strip?

Our solution—a proper surge protection in one capsule, has a disadvantage (as every other solution that there is). The filter has a relatively high internal resistance, which causes power loss. With the official limitations for transmitted power (500 W, 230 VAC), the filter transforms approx. 2 W into heat energy. The filter is okay with a constant 1000W load, however, the loss in heat would then be 4 W and it would have to have some cooling system. In our opinion, 500 W is more than enough for home audio.
That’s why with this solution, there can’t be an unlimited number of outlets. Providing more outlets while preserving other properties means a completely different solution, a different product intended for different needs.

Our filter is also a cable.
This design means firstly: shielding from the filter all the way to the device, and secondly: more advanced filtering. To give an example: using two of our filters, filtering a DAC and a D class amplifier separately, aside from filtration of the outer power grid, you also get filtration between the two devices. With both devices in one common socket, you don’t filter the interference coming from the amplifier. The solution we offer is perfect in what it does.

Isn’t the wiring at a house supposed to stop any possible overvoltage?

Lightning strike accounts for most damage and destruction of electronic devices. The transients in question are too fast for a breaker or a tube fuse to take any action. A burning thread in the tube fuse forms plasma, which is conductive, and the pulse current in the order of thousands of amperes gets to the device.
There’s a norm for overvoltage protection (EN 61643-11:2012). If the wiring at a house is done in accordance with it, you should be protected against most types of overvoltage. The norm says that there have to be three stages of overvoltage protection. There should be at least at least 10 m of cable between each of them. That’s because with the jump in current (the upsurge in voltage is up to 1000 V/μs.), you need serial resistance and induction, so that the energy of the strike is distributed in such a way that each step of the protection functions with the kind of discharge it is constructed for. Were all the three stages put into one distribution board, for example, they wouldn’t work.

Our filter has all the three stages, inductors between them, so that it works in one capsule. The filter can repeatedly withstand 6000 V. If a strong lightning strikes into the nearby power grid and the pulse is higher than 6 000 V, the first pair of inductors unavoidably evaporate, but the connected device always stays protected (all the components are protected by a non-flammable material to prevent any chance of a fire). (The filter may withstand more, but firstly, there are no such tests and secondly, the values very much depend on the impedance of the power grid, so there must be sufficient reserve in the values we officially provide.) The norm for consumer electronics is generally 1000 V.